The Kinspirit Ethos: A Deep Optimism and Idealism 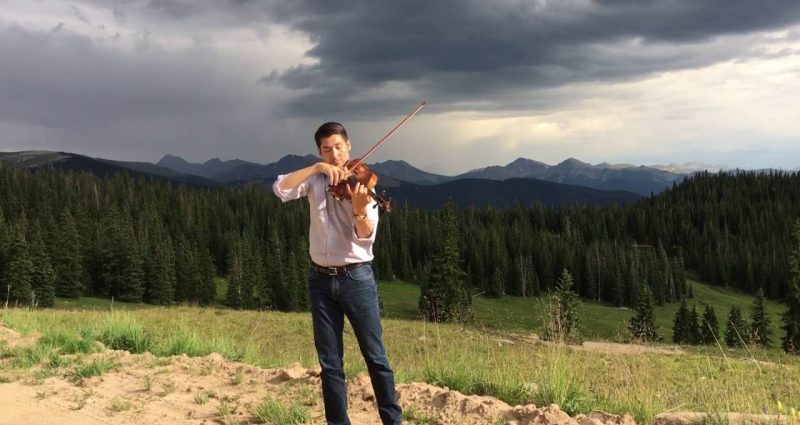 By Masumi Per Rostad

Kinhaven is where I realized how much I loved music. It confirmed my sense that music is deeply integrated with friendship and a sense of play. This has carried me through to my approach to my instrument today and the kinds of activities I choose as a musician. I have been deeply influenced by the “Kinspirit,” which celebrates community, sharing, and the diversity of our personalities.

I began at Kinhaven in 1990 on violin but then stayed on for the inaugural Junior Session as a violist. That summer I was there for nine weeks. When I got home, my mother didn’t recognize me! But I hadn’t been homesick at all, surrounded by my new family. Actually, it was hard for me to leave at the end of the summer, painfully so.

I had just started viola because I learned I could get free lessons in New York City if I played in the orchestra, but at Kinhaven I was supposed to play both! I felt like a fraud. I was under the wire to learn alto clef before showing up at camp and not feel lost, but somehow I picked it up quickly. I was younger then….

One of my earliest memories of Kinhaven is at my audition just after arriving. I had the instrument out and was sawing away when I realized that a spider had started hanging on its line just inches from my nose. Somehow I kept going, fighting the urge to freak out during my audition!

I was and remain so enamored of the Kinspirit. There’s a deep optimism and idealism embedded in its ethos. While there was sometimes a sense there were more talented players among us, it wasn’t with a sense of competitiveness; it was more celebratory. We all had something to offer. That’s something that – especially at that age – was formative and important. I’d always be thankful to Kinhaven for that, even if I hadn’t gone into music.

The reason I support Kinhaven is because it makes the world a better place, independently of music. With every summer it creates a new group of people who will enter the world and do things with this foundation of Kinspirit. That changes the world in many little ways, and when I see what my fellow campers have done, many of whom I’m still friends with today, it’s been really impressive.

Masumi Per Rostad (viola, ’90–’92) is a Grammy Award-winning violist who has been described as an “electrifying, poetic, and sensitive musician.” A former member of the Pacifica Quartet, Rostad performs as a soloist and in chamber groups, and teaches at the Eastman School of Music.

← A Balancing Act: Designing the Faculty Concert Series
“It’s very possible that if I never went to Kinhaven I never would have started writing music.” →